Fondation UNIT is the single legal structure housing UNIT and AUNEGE, two of the eight French Digital Universities (DU) supported by the French Ministry of Higher Education, Research and Innovation. The DUs are national networks which are working to create high-quality digital educational resources for the whole university community (academics and students), organised into disciplinary fields. UNIT is the DU for Engineering and Technology; AUNEGe the DU for economics and management studies. UNIT has 60 members (Engineering schools, Universities, Research centres, Networks, Associations, firms), offering more than 3000 OERs. AUNEGE has 20 members (Universities and ‘Grandes Ecoles’) and offers over 1000 OERs.

UNIT and AUNEGE are both committed to supporting their members in:

The OERs produced by UNIT and AUNEGE are subject to validation by scientific committees, composed of experts in each disciplinary field. A recent report by the IGAENR (General Inspection of the Administration of French national education and research) not only confirmed the key role that the DUs play in the French OER landscape but also praised UNIT and AUNEGE for their strategic vision, their commitment to international cooperation and their support of pedagogical innovation.

Why we are participating in the project

AUNEGe has a longstanding tradition of participating in European projects and sees these as a means to both contribute to and benefit from innovation at a scale that would not be possible at a purely national level. Recent initiatives through which AUNEGe supports its members include the creation of the European Universities and the move towards flexible Bachelor’s degrees in France,  alongside increasing need to support transnational mobility, both physical and virtual. ECCOE thus represents a key strategic project for AUNEGe, with the potential for true systemic impact.

Our role in the project

AUNEGe, acting on behalf of Fondation UNIT,  is the project coordinator of ECCOE. Its main responsibilities include: 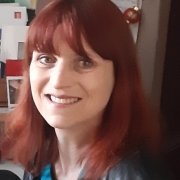 Formerly Digital Strategy and Communication Officer in the Directorate for Digital Affairs at the University of Burgundy, and Manager of the Learning Technology and Distance Education unit, Deborah has nearly 20 years’ experience in European projects. From 2010 to 2016 Deborah served on the Executive Committee of EDEN (European Distance and E-learning Network) and held the position of Vice-President Communication (2015-2016). She was awarded Senior Fellowship of EDEN in 2016, currently serves on the EDEN Fellows Council board, and represented EDEN in the ET2020 Working Group on Digital Skills and Competences (2016-2018). 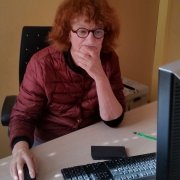 Lecturer in management studies, University of Lorraine (AUNEGe member) and Treasurer of AUNEGe

A higher education teacher specialising in management, and founder member of the Digital Campus CANEGE and AUNEGe, Florence is responsible for International Relations at AUNEGe. She has a long-standing experience in European projects under the elearning programme, Lifelong Learning programme and ERASMUS+, participated in the Inter-DU working group on the integration of OERs in teaching practice and was a key contributor to the ERASMUS+ project DTransform (digital transformation of higher education). 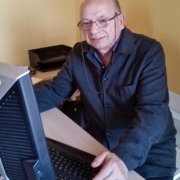 A former lecturer at the University of Lorraine (member of both UNIT and AUNEGE) and until 2007 was director of the CEFOD, the university’s Open and Distance Learning Centre, providing pedagogical and technical support for HE teaching staff. He is the author and tutor of a number of online training courses, including quality, production and project management, as well as teacher training courses in instructional design and tutoring distance learning courses. He is a key contributor to a number of national and European projects including SEVAQ+ (self-assessment of quality in elearning), PERICLES (internal quality assurance for HEIs and OER recommendation tool), and several eLene projects on teacher training, learning to learn competencies and (digital) soft skills for employability of university graduates. 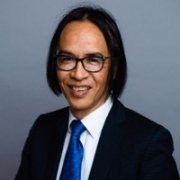 Jacques manages technological R&D projects at national and European level. He is an invited expert at the Directorate General for Higher Education and Employability at the French Ministry of Higher Education, Research and Innovation. Jacques is member of several boards, commissions and committees in the field of digital education: the Digital Strategy Group of the Training Committee of the Conférence des Grandes Ecoles; the steering committee of the Telecom group at the Systematic Paris-Region competitiveness cluster; the AFNOR CN36 Commission on "Information Technologies for Education, Training and Learning"; the French delegation to the SC36 Committee "Learning Technologies for Learning, Education and Training" of ISO / IEC JTC1; the Advisory Board of the OEB Global Conference.